Women In Trucking – The Real Scoop 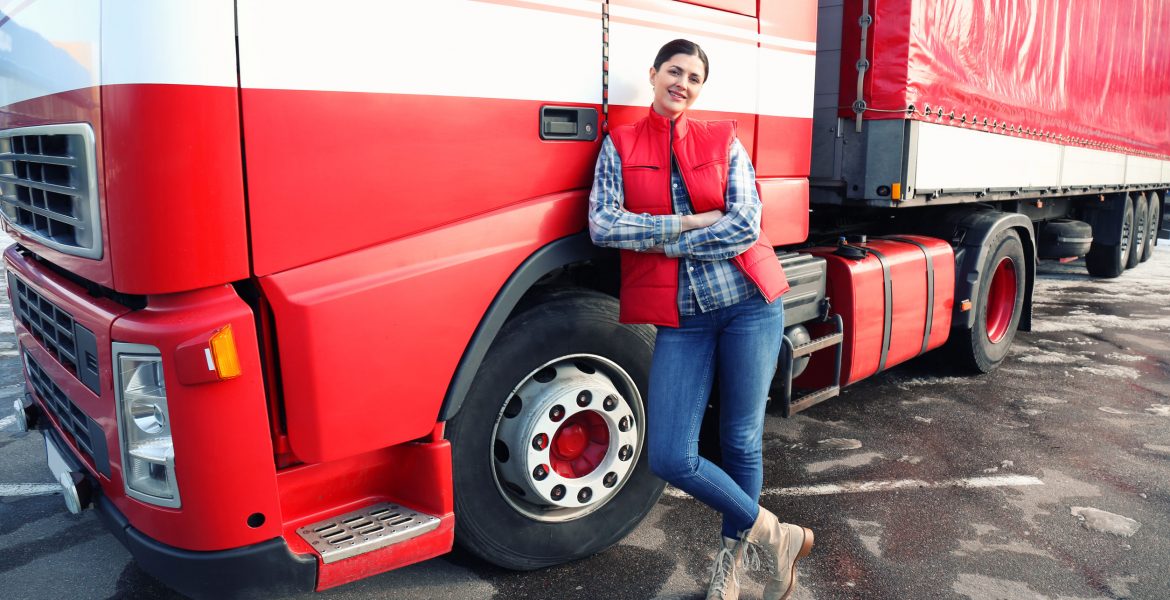 When people think of the trucking industry, it’s likely that images of male drivers come to mind. And there can be no doubt that as a profession, trucking is dominated by men. But it doesn’t have to be that way, as there’s no inherent reason why there shouldn’t be just as many female drivers as males drivers. Thankfully, companies and third party organizations are working to increase the number of female truck drivers and provide them more support than ever before.

There are plenty of outdated stereotypes about the trucking profession that have created barriers to women looking to drive for a living. Some people have professed that driving trucks is a difficult job that requires a great deal of strength and endurance and that women are not equal to the task. Of course, this is an insulting notion that women drivers have been disproving for decades, yet it still lingers even today.

Other faulty beliefs that have led people to discourage female drivers include the argument that it is too dangerous, that women drivers aren’t as skilled or capable as male drivers, and more stereotypes that are thankfully becoming less and less prevalent. While there is still a long way to go to bring parity to the trucking industry, today’s post looks at how things are improving and what resources are available to women looking to enter the profession.

The Current State Of Affairs For Female Truck Drivers

While the historical numbers of female truck drivers is remarkably low, the growth in recent years has been equally as remarkable. In just two years, from 2018 to 2020, the percentage of female drivers grew by nearly thirty percent, increasing from 7.89 percent to more than 10 percent. (Source)

Part of this growth has been due to the shortage of drivers encountered by the industry in 2020, which forced recruiters to look beyond the traditional places for new blood. But another factor stems from the growing data suggesting that female drivers are safer and more reliable than men.

Consider the following statistics, from an American Transportation Research Institute study conducted in 2018:

These trends have led trucking companies to diversify their work forces in many areas, not just behind the wheel. For instance, female executives increased by 24 percent in the past year, while female staff now account for more than 43 percent of the non-executive workforce (such as managers, sales, and administration positions) at trucking businesses. These represent important moves in the right direction for gender representation in the industry.

Despite all of these gains, there are still a number of challenges faced by female drivers in the industry or women who’d like to become drivers but aren’t given the opportunity. One of the biggest challenges faced by women are the lingering stereotypes mentioned previously. There is a great deal of discrimination against female drivers, and an assumption, despite the ample evidence to the contrary, that they are less capable than male drivers.

Of course, just the simple fact that only ten percent of drivers are women is a barrier to entry for many other women, who aren’t interested in an industry that is so slanted against them. It will require proactive recruiting and a strong commitment to diversity to overcome these obstacles.

Safety is also an issue when it comes to getting women into the industry, but it’s likely not for the reasons most people think. One survey found that female drivers assessed their feelings of safety as a 4.4. This was largely due to a failure of trucking drivers to provide safe equipment that doesn’t break down. Injuries while hooking and unhooking trailers, for instance, is of greater concern to female drivers, and experts believe that if companies invest more in safety it will lead to more women in the industry.

Another hindrance that’s been cited is a lack of female trainers. Drivers may need weeks of training, and if the only option for women is to be partnered with a male teacher, this can be intimidating for many new recruits.

Also a significant issue is that women drivers are more likely to be faced with harassment on the job. This can include verbal harassment from male drivers. Part of this is outright abuse, while other times it’s a result of a lack of training or awareness on the part of the men. One example of harassment that happens frequently is that when a new female driver asks a question over the CB radio, they are much more likely to be taunted or insulted than a male driver would be.

Why Things Are Changing For Female Truck Drivers

Thankfully, things are changing for women drivers, and in 2021, there are more options and opportunities for females looking to enter the industry than ever before.

Organizations such as the Women In Trucking Foundation (https://www.womenintruckingfoundation.org/) and Real Women In Trucking are providing training, resources, and support to women drivers, and leading recruiting efforts to create more opportunities for women interested in the industry.

One of the largest driving forces that is opening up the industry to new drivers of all types is the shortage of drivers that is facing truck companies. Predictions suggest that by 2028, the industry may have a shortage of 160,000 drivers, a huge opportunity for women who may be thinking of becoming drivers. At the same time, the industry is continuing to grow, meaning there are plenty of openings waiting to be filled.

While things are improving, there are still dangers associated with driving semis, especially for women. Here are some tips for female drivers looking to enter the industry:

The bottom line for women thinking of entering the trucking industry is that now is a great time, with more job opportunities and a more welcoming environment than ever before.

With nearly 25 years of history, Saint John Capital has a proven track record of supporting drivers of all kinds. Our central goal is to build long-term relationships with drivers that assist them in growing their business. We work exclusively in the trucking industry, meaning we have extensive knowledge of the daily challenges faced by our customers. We work with drivers like you and offer customized services that match your needs in a timely and convenient fashion.

No matter what type of trucker you are, we encourage drivers to think of themselves as a business. And every business has to find value everywhere it can. Saint John Capital provides drivers a diversity of factoring options, fleet card programs, and other services, leading to big savings in terms of both time and money.

Contact us today to learn more about how Saint John Capital can help your trucking business grow.