Home » News » Why Are Diesel Prices Rising So Fast? (And How Do You Budget For It?)

Why Are Diesel Prices Rising So Fast? (And How Do You Budget For It?) 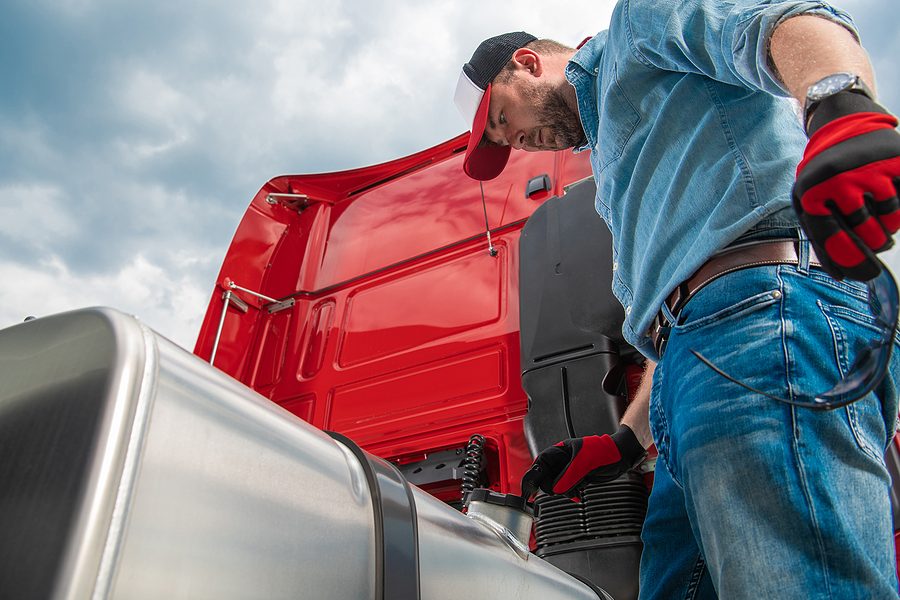 Between May 30th and June 6th, the average per-gallon cost of diesel went from $5.54 to $5.70. It’s an increase of $2.43 per gallon in just a year. A gallon of diesel costs more than $6 a gallon in New England, the Central Atlantic, and the West Coast. With diesel prices smashing record highs, what can truck drivers do to avoid going bankrupt? Why is this happening?

Why Are Diesel Prices Increasing?

If you check out the forums, some people are blaming President Biden for the drastic increases in fuel costs. This happens time and time again. When gas prices are low, a president takes credit. When they’re high, a president is blamed. The reality is that several factors are to blame for fuel prices, and none of them are within the President’s control.

One of the first complaints being made is that oil production needs to ramp up. It has. Oil production is higher in 2021 and 2022 than it was before that. Currently, around 11.5 million barrels are being produced per day. He’s also signed new leases in the Gulf of Mexico guaranteeing over one billion new barrels of oil from that area. He’s also ordered the release of one million gallons per day from the Strategic Petroleum Reserve.

The process of refining crude oil into gas or diesel isn’t a quick process. It takes several steps.

Every 42-gallon barrel of crude oil makes about 11 gallons of diesel. Once the crude oil becomes gas or diesel, it has to be loaded onto trucks and hauled to gas stations. The prices have to account for the salaries of the workers, the cost to get diesel from the refineries’ storage tanks to gas stations across the nation, and shareholders want their part too. The reality is that the fuel companies make money when demand is high and they can raise prices knowing people will pay no matter what.

There’s also the issue of supply and demand. During the pandemic, remote working became a big thing. Supply chain issues and driver shortages meant fewer big rigs were on the roads. Demand for gas lowered. Less demand equals lower prices. As restrictions lifted, workers returned to their offices. More people were driving again, and that led to an increased demand for fuel. As demand increases, so do prices. Oil production slowed down when demand slowed.

When Russia attacked the Ukraine and countries levied sanctions against that country, that removed about five million barrels of oil from the market. That caused the price of crude oil to go up in price. The U.S. doesn’t get much of the country’s oil from Russia, but other countries did and that’s shifted the demand for oil being produced in other areas. This and the increased price per barrel impacts the U.S., which is another factor in the current prices.

Oil is a commodity. Its pricing is based on the futures market, meaning it comes down to buying and selling based on expected supply and demand. It’s a process known as speculating, and that really just means it’s someone’s best guess.

Prices are also impacted by federal and state gas taxes. These taxes fund improvements to bridges and roadways. If the President drops the 18-cent federal tax to lower costs, road and bridge repairs would have less funding available. That issue has to be carefully considered as 18 cents helps but not tremendously.

What Can Trucking Companies Do?

What can you do to ensure you’re earning revenues during these tough times? Here are some tips.

No one wants to have to raise rates in a difficult economy, but you have to protect your business. Fuel costs have increased so raise your rates or add a fuel surcharge to account for the higher diesel costs.

The first thing to do is make sure your trucks are never traveling with an empty or half-full trailer. If you’re on the road, make it a trip with a purpose. Carefully plan your drivers’ trips to maximize profits.

One way to do this is by scouring load boards. Suppose you have a driver hauling a load from Chicago to Dallas. That load fills half the trailer. Search load boards for another half-load that has a similar drop-off point. If you can’t find any, look for drop-off points along the route. You find a load going from Chicago to Little Rock that meets your rates. Take that load to make the extra money. Look for a load that’s going from Little Rock to the Dallas area and get three payments for that one trip to Dallas. Do the same on the return trip. That ensures you’re getting the most money possible on that trip.

How old are your trucks? If you have a good business credit rating and money for a down payment, it may be time to look into upgrading your equipment. Generally, most rigs get about six to seven miles to the gallon. Keep your eye out for EV rigs. Companies like Nikola and Tesla have started taking reservations. While the price might seem exorbitant, there are incentives of up to $150,000 in California and up to $180,000 in New York to help trucking companies make the switch. Nikola has day cabs and sleepers coming out in the next couple of years.

Sign up for a business card that offers points you get cash back rewards you can put towards diesel costs. A card with fuel discounts is also important. Saint John Capital’s Visa card is a great choice as your personal credit is not accessed. There are no hidden fees, and you have 24/7 online access and phone support.

Apply for freight invoice factoring with Saint John Capital. We assure you get paid as soon as you pick up or drop off a load. You have money in hand sooner to cover all of your expenses, including diesel. We can help you save money on diesel, too. It’s a win-win situation and helps you save money, get paid fast, and grow your trucking business.